Arthur A. Dailey was a remarkable man - an artist behind the camera who can fill walls with prizes and awards from international photographic salons, an ad professional who was for more than 30 years close friends with Leo Burnett, the father of the modern ad industry, a businessman who attracted people like Walt Disney through his excellence, the original creator of the Lucky Luke cowboy character, a wrangler and seasoned dude and buddy to artists like E. William Gollings, the famous painter of the American West, and Joe De Yong, the only apprentice to the great cowboy artist, Charles M. Russell.

"Mike (meaning Arthur Dailey) is one of the toughest advertising managers I have ever known or worked with - and I've known some dandies. And that's one big reason, believe it or not, why I like Mike."
- Leo Burnett on the occasion of Arthur Dailey's retirement from Santa Fe Railroads, November 27th, 1963. 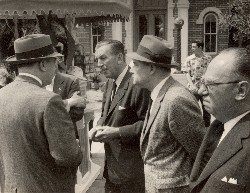 Arthur Dailey was at “home on the range.” Born in Omaha, Nebraska, he spent nearly sixty years (1912-1972) returning to Eatons' Ranch in Wolf, Wyoming where he held every job from waiter to wrangler and later was a seasoned dude. It was in the Bighorn Mountains that Dailey began shooting from the saddle.

Each photo is a piece of art and many are iconic images of the American West.

"Arthur Dailey's show was something else. Here was a visual presentation of 16 x 20 prints in full color ... an entire room full of masterful prints ... you just had to come up for a close look to convince yourself they were not paintings. Our day was made, for we had come upon a new name, a great talent ..."
- Jose Izuela in an article from Arizona Highways, October 1971.

We have selected from about 600 photos in Arthur's collection some of the very best, many of which won prizes and were exhibited nationally and internationally in photographic salons all over the world, from America to Australia and from Sweden to Chile and Argentina.

You can purchase prints and digital images of many of these magnificent photos in the Museum Shop. But please keep in mind that all of these photos are rights managed. For any commercial or public use please contact us to inquire for a license. 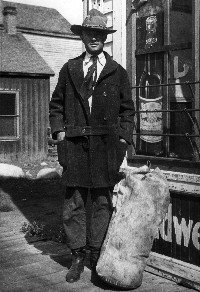 As a teenager at Eatons’, Arthur Dailey learned the love of horses and how to photograph them in action and at rest. Photography was only a hobby then. Upon graduating from the University of Illinois, Dailey joined Eastman Kodak Company as a copywriter. When his boss saw the photographs that Arthur had taken, he transferred him to the photography department. It was there that Dailey learned and began to develop his extraordinary technique.

This training stood him in good stead when he traveled the world with his camera in the twenties. He sold his works to such publications as National Geographic, Saturday Evening Post and other magazines, newspapers and travel publications. During this period he also made a series of camping and trail riding photographs for Kodak’s advertising program. In the depression years, he photographed a myriad of subjects – babies and children, Big Ten football teams in action, and fashion models. 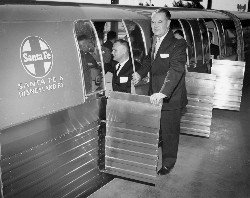 In the late ‘30s, Arthur Dailey took charge of the massive advertising program for the Santa Fe Railway system. The records reveal many national awards won for his Santa Fe ads and billboards which were familiar throughout this country. Several years before he retired from the Santa Fe in 1963, Dailey began exhibiting his black and white photographs in international photographic salons on all continents. His images won top awards – gold, silver and bronze medals and blue ribbons and trophies – at virtually every exhibition he entered.

It was only after retiring that Pete could devote full time to photography. In the late ‘60s, he branched into color and used it to depict the Western story. He was most intrigued, still, with the drama of horses churning up the dust as they ran freely in the hills and mountains and across the plains. In his search for perfection, Arthur was known to return repeatedly week after week to a location until the light and action were just right for the image he sought. Unlike most photographers, he tripped his shutter only once for each composition, and almost every picture he took was a winner.

For more on Arthur A. Dailey please take a look at the ebook Arthur Dailey - Photographer Extraordinaire.

All text and photos of the Arthur A. Dailey collection is © by Mary Dailey and Deep Blue LLC.

Horse Sense - saddle and handle your horse like a cowboy
Arthur A. Dailey
$9
2