Cy Endfield was a film director, magician and inventor. Among his many achievements he created a unique chess set which he patented in 1974 in the US (3,806,128). This chess set, which allows one to interlock all back row pieces into a tube for easy storage, was the official FIDE commemorative chess set for the legendary 1972 chess battle between the American chess genius Bobby Fischer and the Russian protege Boris Spassky. 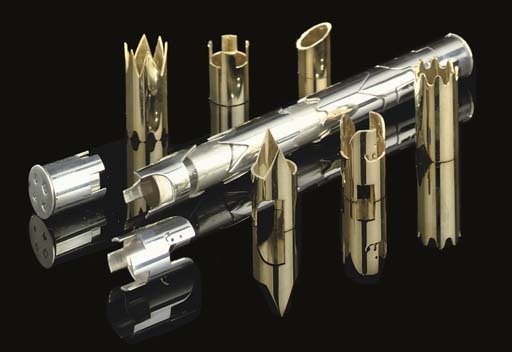 The set was originally made from silver and gilded silver in a limited edition. Original sets, if they become available, are around $2000-$3000. The front page of the patent below shows the basic design of the tubular stack. 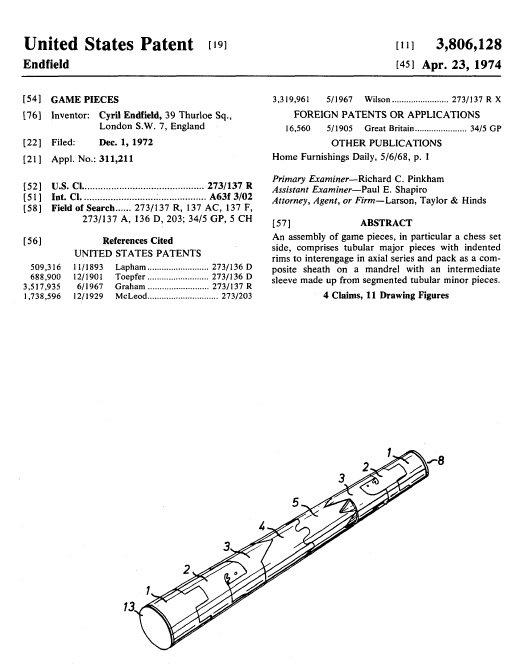 In the illustration below we see the way Cy Endfield assembled one color. The most inner part was formed by a tube (Fig. 4) onto which the pawns were stacked (Fig. 3). Over the pawns came another tube to prevent pawns from rubbing against the other pieces. 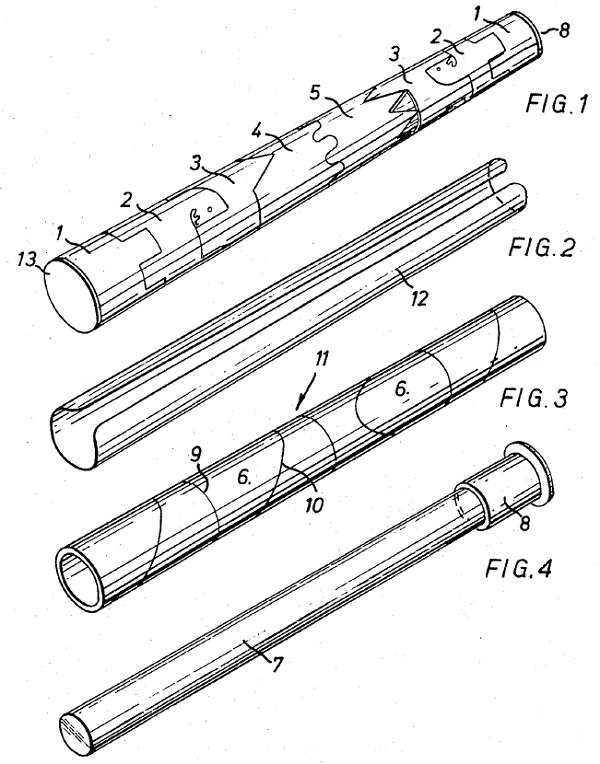 Ever since I became aware of this beautifully designed chess set I wanted to revive it, or at least make one for myself. I couldn't find an original set, so I set out to make one. My first attempt was to have them laser cut from stainless steel tubes, but the firm operating the laser cutter was incapable of understanding the design and actually cutting the pieces correctly so that they interlocked. Eventually I bought a 3D printer which I was able to print a modified version of the Cy Endfield chess set.

Beside the obvious difference of being made from ABS plastic and being scaled up to larger dimensions, there are a few changes I have made, some to accommodate the 3D print, others to increase the functionality of the design. You can be the judge if I improved Cy Endfield's original design or not.

Below a couple of photos of my rendition. The pieces were printed on a Cube printer in white and black ABS plastic. Total print time more than 30 hours. 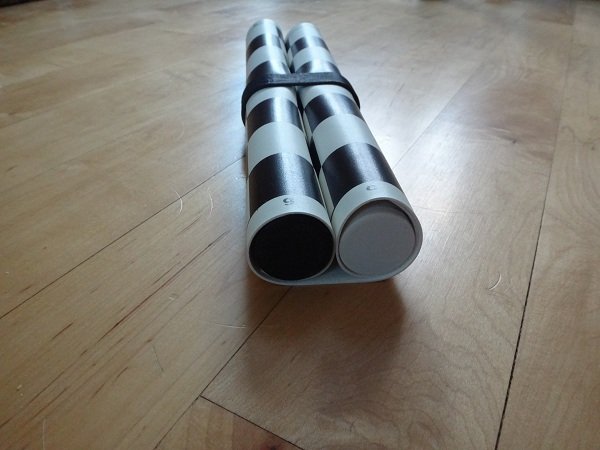 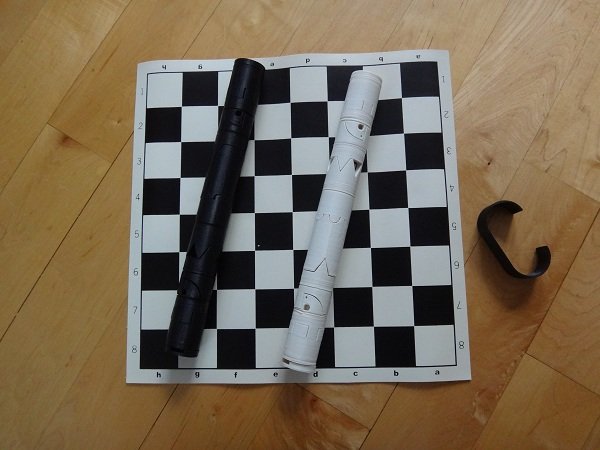 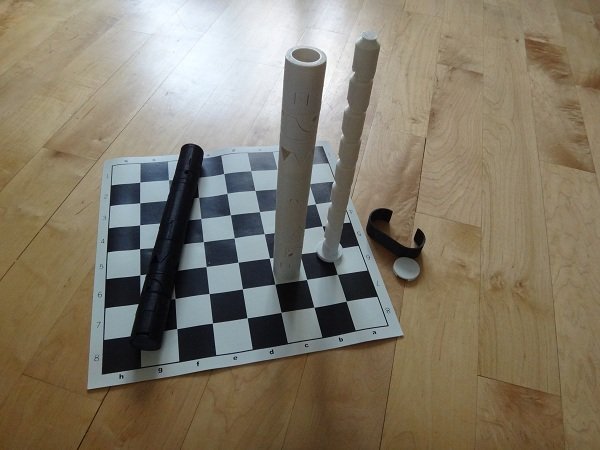 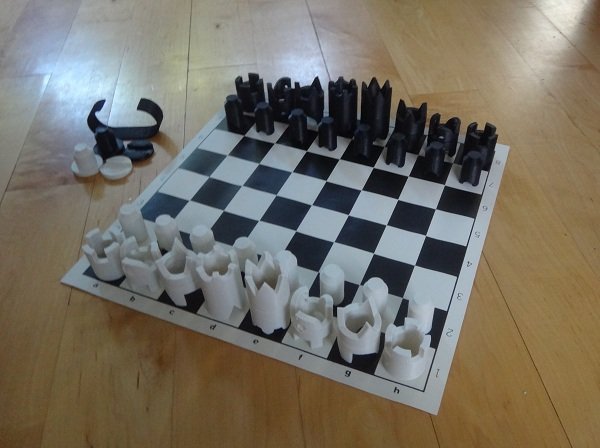 Chris- Is this your work? Are the data files available? Thanks! Rick Crandall

Looks amazing!! I saw one of the original sets on an auction once unfortunately I did not have 3000£ anyway you can send me the file? I would love to print one out.