New in Magic & Conjuring ... explore all

Magic as a Hobby
Bruce Elliott
$15

The Show Must Go On
Timo Dante
$35

The Confessions of a Con Man
William Henry Irwin
$15

Gambling in its Infancy and Progress
Jonathan H. Green
$8 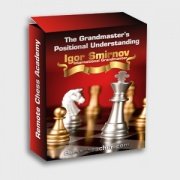 The Cushions of the Princess: or the tomato game
Medjid Kan Rezvani & Michael Landes
$25 ★★★★★ 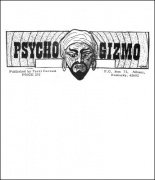 For Your Eyes Only
Stephen Tucker
$15

A classic for builders.
★★★★★
joe danciger

Tops Treasury of Illusions
Neil Foster
$29.50 ★★★★★
Overly complicated in my opinion. The ACAAN effect loses clarity and impact due to the structure of the routine. I feel the audience could get confused quite easily.
★★★★★
hal barlow

Beyond Reloaded
Tommaso Guglielmi
$13 ★★★★★
Diception is a really great trick and a fooler for sure! The setup on the video takes a couple of viewings for sure and takes a little time to get it right. Once you get it all together, you're good to go. The…
★★★★★
Christopher Weber 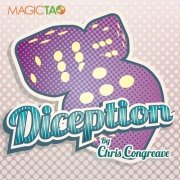 Diception
Chris Congreave
$10 ★★★★★
While I was much more into magic years ago (performing at The Forks Hotel and attending many FFFFs) I haven't performed in years and am now more of a hobbyist. My true love has always been cards and I really…
★★★★★
Howard Port

MINT III Unauthorized
Edward Marlo & Wesley James
$60 ★★★★★
Mark Stone's Spy Cat wallet is a favorite of mine. In the Spy Cat eBook, Mark shows you how to make an incredibly effective peek wallet, or modify an existing peek wallet to improve it, for a small price. Now…
★★★★★
Christian Fisanick

Third Eye Peek
Mark Stone
$20 ★★★★★
Mel delivers some great jokes here and two of the routines are easily doable in a pinch. The Q&A Teapot routine requires a little work and probably will fly by most non-British audiences who don't see teapots…
★★★★★
Brian Reaves

Commercial Gems Volume 3
Mel Mellers
$10 ★★★★★
This is a varied collection of effects. Some of them are good, and some are just an interesting read that you'll probably never perform. The glow stick trick in particular requires a good bit of financial commitment…
★★★★★
Brian Reaves

Toronto Kufference 2011
Patrik Kuffs
$15 ★★★★★
In the right situation, this is nice. You can do it alone, but the assisted version is much stronger. Once you construct the props necessary, you'll be set to go from that point forward (except for the prediction,…
★★★★★
Brian Reaves

Balls
Stefan Olschewski
$5 ★★★★★
The Best of Buff is a collection of rope tricks – most without the use of gimmicks or special rope preparation. The effects that I thought were particularly interesting and largely unknown are as follows.The…
★★★★★
Daniel Rowan

R.C. Buff's The Best of Buff
Joseph K. Schmidt
$15 ★★★★★
Let’s start by saying that this is the routine that Eugene Burger used for most of his career. It’s direct, straightforward magic. Well worth the small investment.
★★★★★
Fredrick Turner

Nu Way Out Of This World
Ulysses Frederick Grant
$3 ★★★★★

This is actually a very hard question to answer because there are all kinds of beginners with all kinds of backgrounds and interests. I will limit myself to the performance of close-up where I gathered my own experience doing magic, and there I will focus on magic with cards, coins, and mentalism. If you want to take a shortcut and not read through the rest of my opinion here are the three best classics which are wonderful and affordable:

Question: “What book or books are essential reading for someone just starting out in magic, particularly mentalism?”

It is a misnomer to call John Mulholland (1898 - 1970) a “spy” or “operative.” He was neither for the Central Intelligence Agency (CIA) from 1953 to 1958. He was a pedantic scholar who did field research and wrote reports. Largely criticized by people who seek to take down his reputation as “The World’s Master Magician” (a title he shared with Thurston). Mulholland was a tall, gangly man with wide ears, a distinct sense of offbeat humor and was married to his wife Pauline for forty years, and was also involved with his secretary Dorothy Wolf longer than the relationship he had with his wife. His wife Pauline accepted this as a condition of their marriage, saying after his death, “Johnny was so much man that he could not be served by one woman—his Renaissance spirit so great.” Mulholland took over the editorship of magic’s MOST esteemed magazine, The Sphinx and…

In September 2010 Theory 11 released a short video clip where Jason England introduced 17 books on card magic any serious card magician should read. It was titled "An instructional download on the things you can't download" (my emphasis). Well, I respect the talented guys at Theory 11, but they are a bit behind the curve when it comes to downloads because even back in 2010, 10 of the 17 books were available as download ebooks from Lybrary.com - and most of them for many years. Several more became available in the following years.

I can second Jason England's selection. These are all…

Anybody who has a Lybrary.com customer account and subscribes to our free magic newsletter has access to our Magic Knowledge Base, a full-text search engine indexing thousands of magic books, magazines, instruction sheets, and other paper ephemera. If you are trying to locate an elusive description of an effect or move, if you are researching magic's history, or if you want to check out an ebook before purchasing, the Magic Knowledge Base will come in handy. It offers features we have not seen in other search engines.

You can access the Magic Knowledge Base from three locations: from…

Why Lybrary.com? Why Ebooks?

It’s been several years now since Chris Wasshuber and his venture, Lybrary.com, became a part of the landscape of the magic community. To be perfectly frank (and Chris can confirm this), when he and I first started having discussions about ebooks on the various magic message boards I wasn’t just against the concept, I was vehemently against the concept. Not that our arguments were mean spirited (though Chris had - and in fact still has - to put up with some mean spirited comments): they were just spirited. We both argued passionately for our respective sides.

However, I argued as if Chris and his venture were a direct attack on…

Lybrary.com is the world's largest ebook retailer and publisher in magic (magic tricks, sleight-of-hand, mentalism, illusions...), gambling (poker, blackjack...), and games (bridge, chess...). We can offer exclusive contents you will not find anywhere else. Our ebooks and instructional videos will make you a more skilled magician, a better poker player, a more powerful chess and bridge opponent, or simply entertain and inform you.