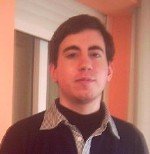 Daniel Quiles is a young magician, lover of magic since adolescence. He started with the magic with fourteen years old, and even today, twenty-five years, is dedicated to card magic with great fondness, devotion and dedication. Daniel is not limited to the effects other magician do, he has a great imagination to create his own effects and he is always looking one step further. If anything characterizes this young Spanish magician, it is his creativity.