I am firmly convinced that Edward Gallaway is S. W. Erdnase. One of many reasons is the surprising similarities between the books Gallaway published later in his life and The Expert at the Card Table. Dr. John Olsson prepared a detailed forensic linguistic analysis comparing Erdnase with Gallaway concluding a strong possibility that Gallaway is Erdnase. Beyond the linguistic match, there are several other aspects that are matching, too. Particularly the price on the title page is a highly significant parallel because the practice of putting the price on the title page is very uncommon. See for yourself below. The first one is the title page of the first edition of "Expert at the Card Table". The other two are books by Gallaway. 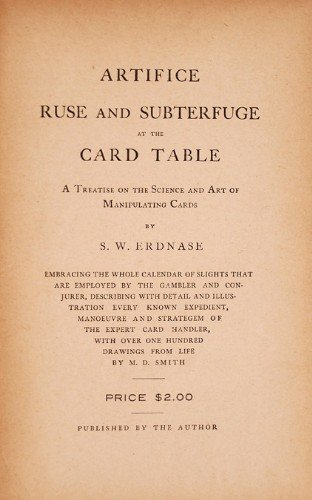 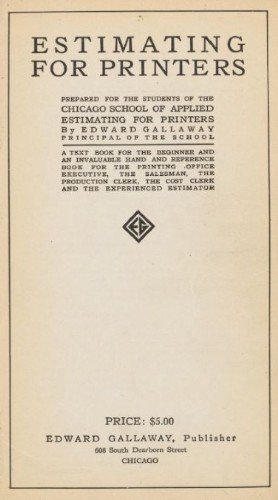 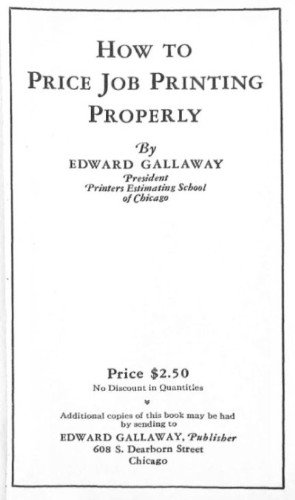 This article focuses on yet another similarity - the cover design. Take a close look at the covers below. 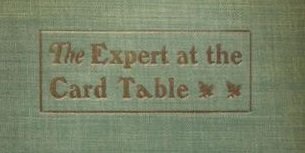 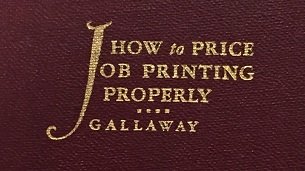 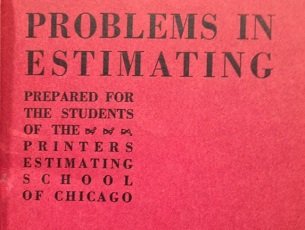 There are three design aspects that stand out to me. The first is that all covers use very few graphical elements and for the most part rely on typography arranged in rectangular blocks. The second is the use of italics, and the third one the use of space-filling graphic icons. As you can see Erdnase writes the leading 'The' in italics. Gallaway also uses italics in the titles of two of his books. Further Erdnase uses two little graphic icons to fill out the empty space to create a nice block of text for the title. Gallaway employs the same technique in his booklet on estimating problems, where he added three little graphic icons to fill out the empty space.

While these design similarities may not be particularly significant on their own, they do provide yet another little confirmation that Gallaway and Erdnase are one and the same. Keep in mind that there are more than 20 years between Erdnase's book and the later books on print estimating and that the subjects are vastly different.

Unless and until someone explains away the multiple evidences (some are, yes, circumstantial - yet most evidence is, and more convictions are than aren't) AND provides a better candidate; my money is on Gallaway. Wordprints, of the samples I've seen, is what I consider the best evidence. (Having had some experience with wordprinting, though misidentifying it as "wordsmith.)

The similarities in the cover designs make it indeed very persuave to assume that Gallaway was Erdnase.