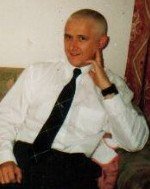 George works for the UK Railways in management by day and creates miracles by night. Cards and coins are his speciality, and when time allows, George accepts the occasional close-up engagement - his fine skill and pleasing personality making him a popular entertainer. George is also a successful lecturer at UK magical societies.