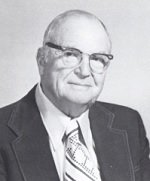 Jacob Taub was introduced to magic at the age of 8 by a carpenter employed by his father. The trick was the paddle trick using an ordinary knife and is described as the last trick in his book.

Dr. Taub’s father took him to all the Houdini shows when they played in New York City (the Hippodrome Theatre was a station via the Hudson Tube across the Hudson River from Hoboken, New Jersey, where he was born in 1904). He had an indirect contact later with the Houdini family when, as an intern at Fordham Hospital in the Bronx, he made an ambulance call to a house in Inwood in 1929. The call came from Houdini’s sister-in-law. He also remembers trying to imitate Houdini in an escape from a wooden box while wide-eyed neighborhood kids looked on. Houdini was a great inspiration. Dr. Taub says, “I don’t think I missed one of the nickelodeon movies in which Houdini played.”

After graduating medical school, he started practicing pathology. The date was about 1930. Subsequently, he met George Kaplan, who introduced him into the Parent Assembly of the Society of American Magicians (he holds membership no. 2255). S.A.M. meetings were then held at the Hotel McAlpin on 34th St. in New York, followed by after-meeting collation at Riggs Restaurant. He learned by watching such greats as Nate Leipzig, Doctor Daley, Zarrow, Dai Vernon, Francis Carlyle, Al Baker, Jean Hugard, and others. Later he became a charter member of the Open House, which was started by Keith Loder, Max Katz, Paul Morris, Cliff Green, and other New York magicians.

For forty years he was Pathologist and Director of Laboratories of Westchester Square Hospital in the Bronx. During that time he exploited many hobbies; Medical Photography, model railroading, lecturing on Medicine in the Bible, music (a dilletante piano player). Ten years ago he took up the cello, and played sufficiently well enough to be part of the cello section of the Florida Atlantic University Community Symphony. Another hobby, golf, is the aggravating one. A man of many talents, it is easy to see why Jacob Taub is the ideal author, and why this book is the ideal text for the intermediate student of card magic.