On October 19th, 1994 I created a giant origami model using a square sheet of paper measuring 6.36 meters on each side. Total weight was 5.45 kg. I made the fold inside the largest paper factory in Austria, Leykam Muerzthaler. I used the entire width of the paper the factory manufactured. Just to cut off a perfectly square piece of such a large piece of paper was a challenge. 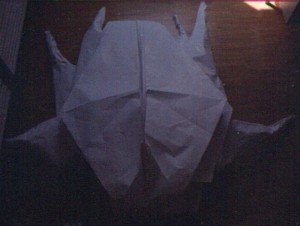 This happened during my time in Japan. I was exposed to the art of origami and when I returned home for break I wanted to do something extraordinary. Altogether it took a couple of hours to produce the fold. If I remember correctly my friend Michael Kandler helped me with the folding. We first placed a piece of paper on the ground to create a clean surface on the factory floor. On top of this we walked with our shoes off to move, fold and flatten paper. In the beginning the hard part is to prevent the paper from tearing. Later on it is the shear weight of the paper. I am quite amazed that I could fold this reasonably complicated beatle.

I collected two witness signatures of factory supervisors and submitted everything to Guinnes Book of Records for entry as 'the largest origami fold'. Unfortunately, Guinnes did not pick this up because origami is an art and it is very hard to compare one model with another model. Below the response by Guinnes: 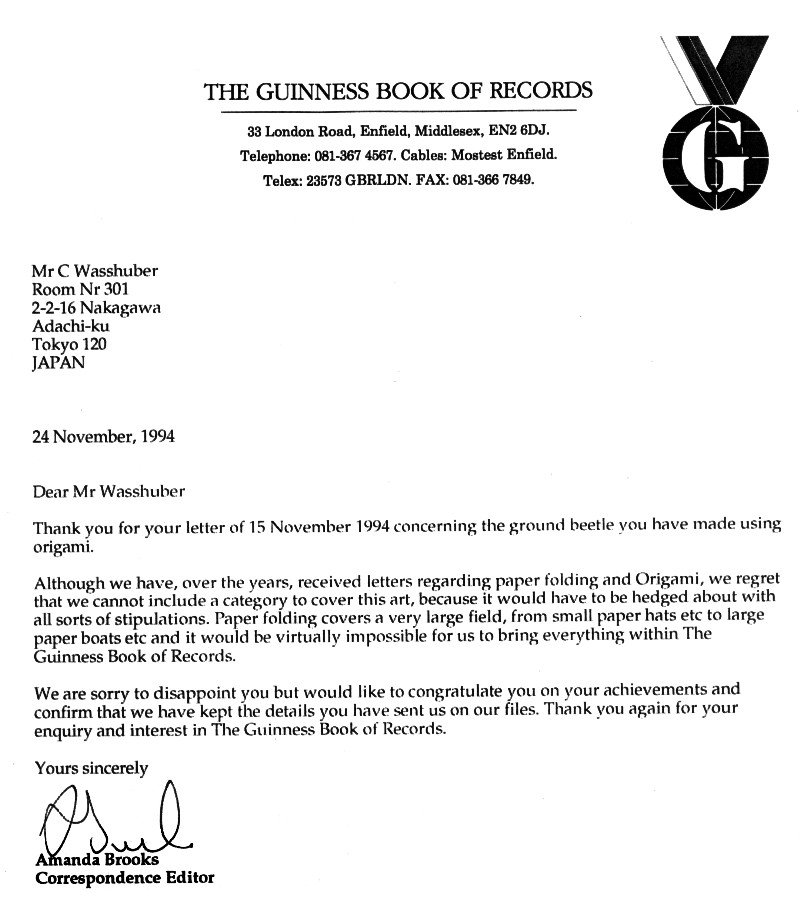