The search for S.W. Erdnase has and is being conducted by a small but very dedicated group of investigators, historians, magicians, and gamblers. I am part of this group of investigators. While we often champion entirely different candidates and disagree on many points there is something to be learned from each point of view. The list below is a chronologically sorted list of books and articles which I consider important reading on the subject:

The Expert at the Card Table by S.W. Erdnase (1902)
This book is the primary evidence...

In John Carney's The Book of Secrets he shares a list of 36 books he can highly recommend - books he would bring to the proverbial desert island. Many of these books are out-of-print. Luckily a good number of them are available as ebooks from Lybrary.com.

In September 2010 Theory 11 released a short video clip where Jason England introduced 17 books on card magic any serious card magician should read. It was titled "An instructional download on the things you can't download" (my emphasis). Well, I respect the talented guys at Theory 11, but they are a bit behind the curve when it comes to downloads, because 10 of the 17 books are available as download ebooks from Lybrary.com - and most of them for many years. One book is available as ebook from...

Question: “What book or books are essential reading for someone just starting...

This is actually a very hard question to answer, because there are all kinds of beginners with all kinds of interests. I will limit myself to the performance of close-up where I gathered my own experience doing magic, and there I will focus on magic with cards, coins, and mentalism. If you want to take a short cut and not read through the rest of my opinion here are the three best classics which are wonderful and affordable:

Anybody who subscribes to our magic newsletter and has a Lybrary.com customer account has access to our Magic Knowledge Base, a full text search engine indexing thousands of magic books, magazines, instruction sheets, and other paper ephemera. If you are trying to locate an elusive description of an effect or move, if you are researching magic's history, or if you want to check out an ebook before purchasing, the Magic Knowledge Base will come in handy. It offers features we have not seen in other...

Who Can Decipher the Title and Author of these Books

Below are two snippets of photos which show the backs of three books. These books must have been published before 1923. Very likely these are well known classics. If you can figure out the title of any of these please contact me. 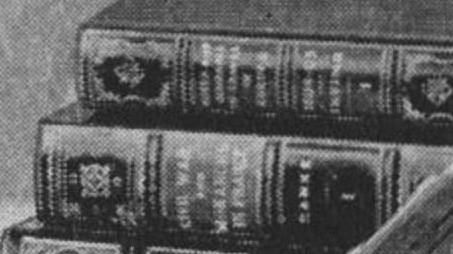 After posting this I figured out the lower one of the two shown above. It seems to be Civil Wars and Monarchy in France by Leopold von Ranke (1852).

How To Make Your Own Playing Cards

If you have been struggling with making your own gaffed cards, printing your own deck of cards, or if you always wanted to put uncle Joe's face where the Jack of Spades is, then now this has become a lot easier and cheaper than ever before. The method I will describe here results in cards that are identical in look and feel to regular USPCC cards. And the best of all of this is that you can do this for a few cents per card right at home. ...

Which Ebook Reader Should It Be?

I am trying to assemble a list of books which have the Edward Gallaway bookplate, shown below, in them. 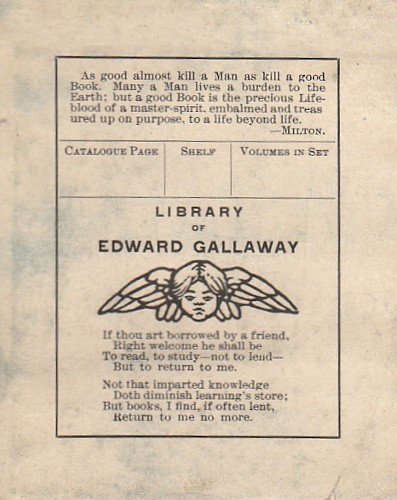 If you have any information on books with this bookplate please email me at wasshuber@lybrary.com. The books we have found so far are:

We know he was interested in and had books in the following subject areas:

A 'story deck effect' is an entertaining story of some kind which is told with the help of a deck of cards (full deck or partial deck). At certain moments in the story the performer displays a card or a set of cards to illustrate or 'play out' the story.

Probably the most famous story deck effect is Sam the Bellhop as performed by Bill Malone. Bill Malone has to be credited for adding false shuffles and cuts to the performance turning good entertainment into a stunning and amazing signature piece....

In this article I want to explain two simple ways to construct an arbitrary 4x4 magic square.

Start out with memorizing the following 4x4 magic square: ...

Recently I have become interested in the art of quick costume changes. I am listing here all the resources I could find. If you have others, please email me or comment below. The information listed here was shared by Dennis Schick, Sam Weiss, Thorsten Happel, Chris Brown, Hans-Christian Solka, ...

The Hunt for Erdnase: The Nickname Theory and the Connection to August Roterberg

(This article is a work in progress. I will add and develop certain parts over the coming months.)

The mystery around the authorship of The Expert at the Card Table and who S. W. Erdnase really was, has lead to many theories and lots of speculation. In this article I am offering a completely new theory. I call it the Nickname theory. I will also try to develop the case for August Roterberg's involvement, either as the author himself, which I think is unlikely, or his participation on some level, which I think is almost...