Read What Ewen Wilson Is Saying 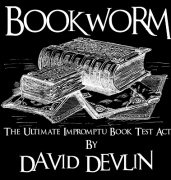 This book test is everything that David says it is in the advertisement. He has taken two separate book tests and very cleverly routined them to create a third. This is truly a blow away piece of mentalism when performed to lay people and would fool the vast majority of magicians also. The structuring is terrific and the test is suitable for private performances at a party in someone's house, on the radio or on stage or any stand up set. I tend to agree with David that it is strongest when performed impromptu I don't think there is a snowballs chance in hell of your participants or spectators being able to backtrack the method. I've performed the original two tests on many occasions over the years and when I read David's eBook it was one of those "Why didn't I think of that" moments! A fellow mentalist saw me performing this a couple of years ago and immediately bought it. To this day it is the only book test he is interested in performing. The reason I'm posting this review is that a couple of days ago a young mentalist I am friendly with contacted me to say that he had performed one of the tests in this effect at a birthday party the night before to very strong effect. I decided to recommend Bookworm to him and I was just checking for any reviews that had been published since I purchased it a couple of years ago. I discovered that Jeff Stone had posted a very positive review on You Tube.I had one issue with Jeff's review he mentioned that there is a one time preparation that you have to do that would take a few hours. In my opinion this is completely inaccurate, it is a very short memorisation that Jeff is referring to that should take no more than five to fifteen minutes even for someone who has no knowledge of memory techniques. At the price this an absolute cracker and I know for a fact that when I've performed it, it was talked about for sometime afterwards. I don't know David I've only ever been in contact with him once to leave feedback on how it played out in performance. I would highly recommend this book test.

Hot on the heels of "My Q&A" comes "Envelopology" another wee gem from Scott, these are some of Scott's ideas for taking some classic 20th Century envelope gimmicks and kicking them into the 21st Century. I cant say too much without the risk of exposing Scott's thinking but the changes he has made result, in improved handling in several areas, even more innocent looking props and in one case he has taken a very clever effect from Anneman's Practical Mental Magic that required the use of index cards and a gimmicked box and updated it using envelopes I'm really looking forward to giving this a try. As with "My Q&A" I would strongly suggest that you get to your nearest stationery store and pick up some envelopes as soon as possible and then re read the book with envelopes in hand.

If you like to use billets, index cards and envelopes in your act then this is a great buy at £9.37p I'm looking forward to the release of Envelopology 2

Well Scott's done it again, I have to say that I completely agree with Scott that how you acquire the information is of paramount importance and in this routine Scott has excelled himself. There are no clever gimmicks, just a very clever combination of tried and trusted methods that result in an extremely clean, innocent and in the hands of a competent mentalist potentially showstopping Q?A. This is extremely well thought out, I bought it last week and ran through it with the necessary bits and pieces in hand and the more I worked with it the more I liked it. Scott's routine has at least a couple of moments built in where the entire audience are involved and has a clever climax to round the routine off.

Well worth the money and a method that I will be using.