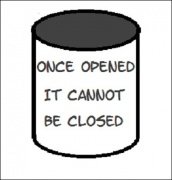 Openers and Closers
Paul A. Lelekis
$10