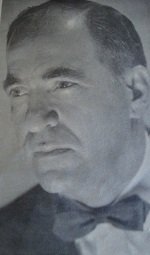 Joe La Monica was a member of the Tampa Bay Magic Club in Clearwater (ring 42) and Assembly 82, also becoming a member of the Order of Merlin Excelsior (over 60 years of continuous membership) and held I.B.M. number 14340.

Joe was a magician (from close-up to stage), mentalist, certified hypnotist and wrote the very first two books on Balloon sculpting. He was exceptional at all of these venues and was the only magician who also integrated a hypnotism act in his performances. He and his wife Vera, performed up in Niagra Falls for over 25 years and worked malls up and down the Eastern Seaboard and a few years at the Kings Plaza Mall in Brooklyn.

Joe was a certified member of the American Association for the Advancement of Ethical Hypnosis and had a government permit to practice hypnosis for the treatment of cigarette, drug, alcohol addition and weight control. He treated and helped many, many people with hypnotism.

Joe was an amazing balloon sculpture artist and even had an entry in the 1968 World Expo of a full-scale motorcycle on display there. Joe also was the New York State Handball Champion from age 42 until he was 58 years of age - straight through!

Joe was Eddie Fechter's best friend and one of the very first performers at the Forks Hotel in Cheektowaga, New York. Joe even had a room at the Forks, named after him - The LaMonica Room - where Joe performed his style of magic, mentalism and hypnotism. Joe and Eddie bought cabins next to each other in the Catskills where Derek Dingle would visit often with Joe.

(information provided by Paul A. Lelekis)