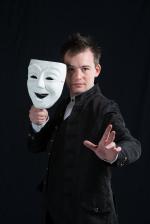 Joel Howlett is a full time professional Magician, Juggler and Speaker. He has performed Internationally, won awards in the industry and given "Magic Lectures" for his peers all over Australia and New Zealand. For updated information, reviews and photos please visit and 'like' the JD's World Of Magic facebook page.