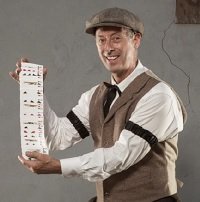 Max T. Oz is a sleight of hand artist who has used his skills to entertain audiences for 3 decades. Often performing on various pitches and festivals located on this planet, his skills have been honed through thousands of shows worldwide.