Read What Alan Meyers Is Saying 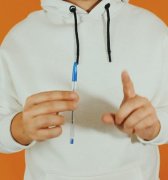 This is an arts-and-crafts, DIY project, which results in what I guess would be a cute illusion if you have the craft skill and want to take the trouble to prepare it. As a clumsy person, I don't expect to do that. For those who like this sort of thing, this is the sort of thing they would like (as the old joke has it).

The Red and Black Computation

This is, as I suspected before buying it, a reworking of Bob Hummer's trick "Little Stranger." Devin Knight has recently published his own version of Little Stranger. It's an interesting mathematical trick in both De Courcy's version and Knight's, but I prefer De Courcy's because it provides an excuse for a necessary but somewhat prolonged looking through the deck at one point in the trick, and because it has a better climax.

Perhaps I am overly sensitive, but this trick seems to me to border on the mildly indecent. The "gag" is not one I would share with children, nor with most adult audiences for whom I might perform. I might have guessed that from the description of the trick, but I did not, and I want to warn off anyone who might feel as I do about this trick. At the same time, what I am saying in this review might have the opposite effect and actually attract some people to buy the trick. So I don't feel too bad about doing a negative review. :-)

This is great! Every beginning magician should read this, and experienced magicians may find it a refreshing statement of truths we know but don't always talk about. I especially like the parts about the lie that everybody loves magic, and the lie that "practice makes perfect." A small price to pay for a large helping of truth.