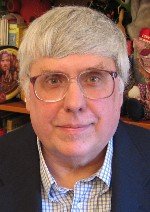 Robin Robertson has spent a life-time bridging the worlds of psychology, science, business and the arts. He's a clinical psychologist, university professor and writer. He teaches psychology on-line to graduate level students as an Associate Professor at the California Institute of Integral Studies. Before becoming a psychologist, he was a vice-president of software development for a large insurance company, and for the last twenty years, he's been a consultant on all matters dealing with computers to a multi-employer pension plan. He has separate undergraduate degrees in mathematics and English literature, as well as an M.A. in counseling psychology, and a Ph.D. in clinical psychology.

Robin's books, often on Jungian psychology or the relationship between psychology and science, have gone through multiple printings, new editions, and foreign translations. Since 1986, he's been a writer, editor, columnist and editorial board member of the Jungian journal Psychological Perspectives (a beautiful journal that speaks not merely to specialists, but to everyone who loves Jung.)

He has also been heavily involved with the applications of chaos theory in psychology as a writer, editor, speaker, and officer of the "Society for Chaos Theory in Psychology and the Life Sciences." And, in more recent years, he's been a consulting editor and contributor for the cybernetics journal Cybernetics and Human Knowing (a journal that looks at deep issues about the nature of reality).

He is a life-time amateur magician, and a member of the Order of Merlin of the International Brotherhood of Magicians, who has published six magic books and many original effects, in recent years often collaborating with the clever Scottish magician, Peter Duffie. Most recently, Robin and Peter have been joined by the well-known Italian magician, Aldo Colombini.