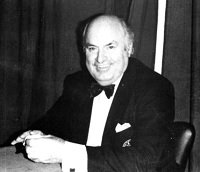 Stage name of Ivor Parry. Printer by trade until retired. Semi-pro cardman since age 14. British Ring President 1984-85. For his biography see Rovi: The Story of a Man and his Magic by Richard Owen.