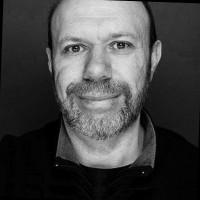 Steve Pellegrino has been in magic for over 40 years. While living in Las Vegas he studied under Gary Darwin and Michael Skinner. In the 1980's he worked with David Copperfield and Harry Blackstone as a production manager, assistant and consultant in both live shows and television. He has worked professionally as magician and mentalist for top companies including Lincoln/Mercury, Miller Brewing Co., Standard Register, and many more.

Steve's inspiration for mentalism came in 1981 from mentalist and fellow Las Vegan Gene Marvin, known as "The 21st Century Man". Gene was a nightclub and corporate performer, having appeared on national television in the 1960's & 70's.

Steve is originally from New York. He lived in Las Vegas for 15 years and currently lives in St. Louis.