It is a misnomer to call John Mulholland (1898 - 1970) a “spy” or “operative.” He was neither for the Central Intelligence Agency (CIA) from 1953 to 1958. He was a pedantic scholar who did field research and wrote reports. Largely criticized by people who seek to take down his reputation as “The World’s Master Magician” (a title he shared with Thurston). Mulholland was a tall, gangly man with wide ears, a distinct sense of offbeat humor and was married to his wife Pauline for forty years, and was also involved with his secretary Dorothy Wolf longer than the relationship he had with his wife. His wife Pauline accepted this as a condition of their marriage, saying after his death, “Johnny was so much man that he could not be served by one woman—his Renaissance spirit so great.” Mulholland took over the editorship of magic’s MOST esteemed magazine, The Sphinx and edited every issue from 1930 to 1953. He owned the single largest collection of magic ephemera in the world, collecting from his travels to forty-three countries, and from a thousand friendships world-wide. What we now do with email, Mulholland scribed by pen and typewriter. I personally own over 500 of his letters, of which there must be thousands. They are all preserved, along with his books, dope coin, and other artifacts of his career spanning sixty years, in his antiquarian book cabinet. Mulholland’s family sold the cabinet to me when they finally sold the property he lived at in Newtown, CT. What millionaires do with money; Mulholland did with personality. Collecting magic, in Mulholland’s era, was an aspect of professional respect and friendship, not investment or tax shelters, as it may be today.

Mulholland was covered in his final years by the editors of Genii. It took five different authors to distill his gargantuan presence in the magic world and the popular theatre, covering his: writing, collecting, historical perspective, performing and teaching. He also has the distinction of having performed at The White House for the Roosevelt administration eight times, having known FDR since the 1920s. Eleanor Roosevelt was possibly Mulholland’s biggest fan employing him at Junior League events for many years. Recollections of his performances made the tireless research more enjoyable. I interviewed at least twenty people who knew him, saw him perform, and worked with him on his books.

I first learned of John Mulholland through his Book of Magic (1963) published by the top New York publisher Scribner’s of Fifth Avenue. His was a pedigree from the best private school in the US: Horace Mann School for Boys where he ended his years as a student becoming the woodshop teacher, called Industrial Arts. Mulholland’s historical perspective intrigued me. He not only did the magic, he knew where it came from. That intrigued me so that when I read the NY Times article “Magician was Consultant to the CIA” during the Rockefeller Commission hearings of CIA abuses in the 1970’s (following his death at age 71) I began my pursuit of this man whose writing had inspired me as a boy. It took thirty-one years to glean the truth, which is also the fifty-year rule I had to legally observe in telling a story of clandestine warfare that was as serious as any operation in any war.

The MagiCIAn: John Mulholland’s Secret Life, published first by lybrary.com in 2008 and subsequently as an audio book (with additional letters included read by me) in 2010 and later as an updated edition, has finally created the best look we have of against-the-clock tension of the US playing catch-up ball in the Cold War. Russia was thirty to fifty years ahead in psychic research; once called folly, now accepted as venerable quantum thesis. 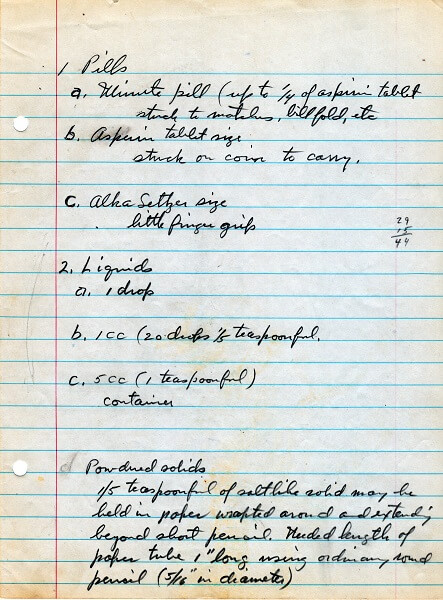 Mulholland’s story is precise to the age he lived in; he knew so many people the founder of the American Museum of Magic, Robert Lund, said to me personally, in 1979, “Concerning Mulholland, the magic world and the arts have no modern counterpart—scholar, clever performer, he raised the bar and few achieve what he is credited as having established.”

The aftermath of the book The MagiCIAn wrought “Mulhollanditis” in many film companies wishing to option my book, two offers came from competing agents representing name directors. Hollywood takes its time. Meanwhile I’ve been invited to speak to intelligence agencies in Europe, South America and the US. Once for the US Secret Service I detailed Mulholland’s methods that were not used by the CIA. The man handing my check smiled and said, “You just gave us what someone else paid for.”

Let’s just hope that our national security is made stronger by John Mulholland’s magical methods.