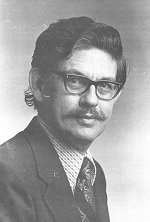 Van Cleve has performed magic and lectured upon matters magical nationwide. He has appeared at Hollywood's Magic Castle and has been a regular performer at San Francisco's Renaissance Pleasure Faire. A prolific inventor of magic, his creations include GagBag, the color-changing bag, used by wizards the world over. As a magical author, his writings include Weird Magic, the "How To Look Your Best...." section of Magic, Inc.'s Success Book, and articles in Genii, Tops, and the Linking Ring, magazines for conjurers.

Under the obvious pseudonym of Cleve Haubold, Ph.D., he has some two dozen plays published by Samuel French, Inc., New York, and produced worldwide. His most popular scripts include such unlikely titles as The Big Black Box and The Mice Have Been Drinking.