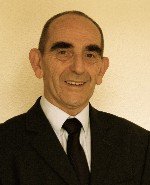 Barry has been a magician for over thirty years, and as a professional, working dinner functions, car promotions and weddings since the early 1990's. His passion and forte is close-up, strolling magic and doing readings using dice, as he likes the personal contact with the clientele.