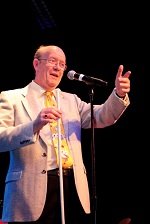 Brian Lead is a Member of the Inner Magic Circle, the President and Concert Secretary of the Modern Mystic League, Secretary of the Northern Magic Circle and a member of the International Brotherhood of Magicians. He has won awards for stage and close-up magic, originality and for the writing of articles, which have appeared in most of the major magic magazines. As well as collaborating on four books with Roger Woods, Brian has published works on Lafayette, Pepper’s Ghost and Lewis Carroll. He has lectured to magic societies throughout the country, including return visits to the British Ring of the IBM and the Magic Circle, and appeared several times on local TV and radio as well as contributing material to national television. A teacher by profession, Brian has coached many students in magic for the Duke of Edinburgh's Award Scheme and mentored Ben Proos, the Magic Circle Young Magician of the Year for 2011/12.