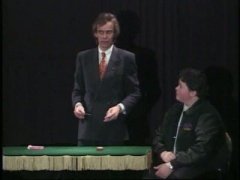 The Card in the Box
Tommy Wonder
$6