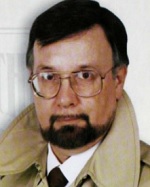 David Alexander was a traveling stage magician for almost 40 years, an author, and a silhouette artist. Original member of the Long Beach Mystics in mid-1950s. Mentored by José Frakson for seven years. In mid-1960s was first resident magician at the Hotel Claremont in San Francisco. First curator of the Carter Collection of rare magic and memorabilia. Several years as a cruise ship magician. First magician hired by Princess Cruises. Toured throughout Mexico and Central America, including 12-months in Acapulco. David presented his act in English, Spanish, French and Japanese, and performed on TV in the United States, Japan, Korea, the Philippines, Taiwan, Mexico, and Central America. David was also a professional silhouette artist, and his work can be found in collections around the world. Wrote The Complete Professional Pickpocket, the definitive work on stage pickpocketing 1979. Articles in magic magazines.