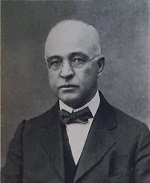 The identity of this man was unknown for more than 110 years and subject to heated debates in the magic community. We are now certain that S. W. Erdnase was Edward Gallaway. For more details see The Cardsharp and his Book by Chris Wasshuber.

Edward Gallaway was born on July 1st 1868 in Delphos, OH, and died May 9th 1930 in Chicago, IL. He learned the printer's art at the Delphos Weekly Herald. His career would take him across the United States with various employments in the print industry, including Bentley-Murray & Co., R. R. Donnelley and James McKinney & Co, as well as his own startup companies which included the rather short lived newspaper Payne Weekly People founded in 1889 during the boom in Fort Payne, AL, and a most surprising stint at the circus where he worked as orator (door talker), had a Punch & Judy and magic act, and later even worked as side-show manager. In 1924 he founded the School for Print Estimating in Chicago. He would eventually publish his own textbooks on print estimating in 1927 and 1929.

His remarkable writing ability is clearly seen in the various books he authored, either under his real name, under pseudonyms, or for larger corporations without any author specified. He was the author of the Monotype System and Copyfitting for Lanston Monotype, he wrote Printing Estimating (renamed later to Printing Practice) for R. R. Donnelley. And very likely he was involved with publications of the Department of Education of the United Typothetae of America.

Edward Gallaway had very likely another pseudonym, Eugene Edwards, under which he published the book Jack Pots. 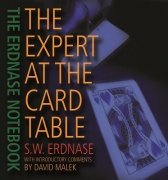