33 Deceptions with a Changing Bag
Charles Sylber & T. A. Whitney
$4 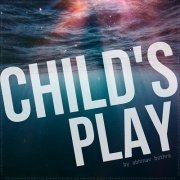