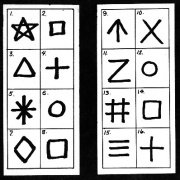 Of Words and Wizards
Al Mann
$10