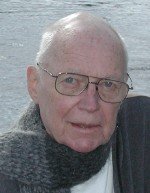 Bart Whaley took his BA in Chinese Studies in 1951 from University of California, Berkeley. Then in the US Army Psychological Warfare Intelligence unit headquartered in Tokyo during the Korean War. He attended London University School of Oriental and African Studies on the GI Bill for four years, and in 1969 took his Doctorate in strategic deception analysis at MIT.

By following his intellectual curiosity in deception and counterdeception he took to the study of conjuring as a deception operation. He's a magician member of the Magic Castle in Los Angeles and the International Brotherhood of Magicians. He produced four prize-winning books and articles on magic, most notably The Encyclopedic Dictionary of Magic 1584-1988 and The Man Who Was Erdnase. In 2004 he hosted a workshop on magic and the military at the Naval Postgraduate School in Monterey, California.

Dr. Whaley co-designed and managed, in the 1960s-80s, several senior and mid-level political-military and counter-terrorist simulations. He’s written Stratagem: Deception and Surprise in War, Codeword Barbarossa, Covert German Rearmament, 1919-1939, Cheating, (co-authored under the name "J. Barton Bowyer"). He's consulted for The RAND Corporation and MATHTECH; addressed an international conference on strategic issues at The Hebrew University, Jerusalem; and more. He currently writes monographs on the detection of deception for the Foreign Denial and Deception Committee (FDDC). His most notable recent work for the FDDC is Detecting Deception: A Bibliography of Counterdeception across Time, Cultures, and Disciplines.

Dr. Whaley was affiliated with the Department of Defense Analysis at the Naval Postgraduate School in Monterey, CA and in that capacity was collaborating with Dr. Hy Rothstein on a textbook on military deception. He also produced monographs for the FDDC on how to detect deception and was working on his book The Maverick Detective; or, the Whole Art of Detection. 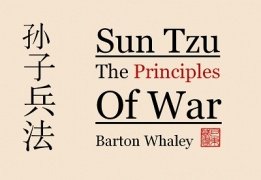