Miracles With A Clip Board
Ulysses Frederick Grant
$6.95 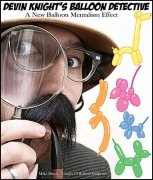