Patrik Kuffs his a self-taught performer from Montreal, Quebec (Canada). He has created material capable of mystifying magicians, laymen and computers. One of Kuffs' strengths is the simplicity of his ideas and his twist approach of the classics. 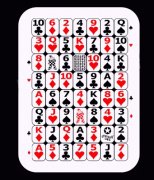