Read What Others Are Saying: page 47

Save your $10. Weak material. Wished I would have waited for reviews.

To perform this tricks the spectator has to do some calculation which make all look like just a magic trick for kids instead of a mentalism miracle. I'm extremely disappointed.

I just finished reading the manuscript for this effect. Do yourself a favor and add it to the cart. I am a huge Devin Knight fan and have most of his material. As in the usual Devin style the method is simple but diabolical. The instructions are very well written and all aspects of performance are gone over. All I can say is WOW!

Very nice, workable mental/psychic close-up routines. Excellent explanations and tricks. You get absolutely everything but a few cheap props that you make yourself. 'pentagram of protection' just wow!

This volume of self-working card tricks is remarkable! Mike presents some self-workers here that any magician will be excited and proud to perform! Mike also presents them in a very entertaining way with patter that entertains...buy this! You won't be sorry!

José bought my routine "2 Thoughts" one day. The other day he releases "his routine". He took away the power of my routine and offer a weaker version, without adding any value. Support the original routine.

A Lightning Rod to the Spirits

I read this and then kind of put it aside for several months. I got a show for an occult bookstore and of course wanted something just a little bit more in that vain than what I have been doing. I did the coloring book with a couple twists (banans flash and restored zigzag paper) it was the hit of the show and was requested two more times. How strange sometimes you never know. my respect for Paul has grown immensely. I will be checking out more of his material.

Brother Can You Spare a Dime

I like this a lot! Clever, easy, well written, and lots of photos.

You can't go wrong with this one.

Borrowing a bill makes it easier for the spectator to give it to you as a tip, depending where you're performing. 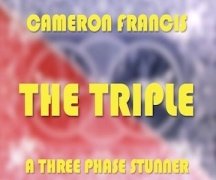 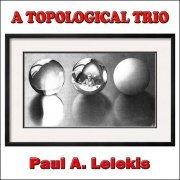 Paul's e-books are a treat to read, and a joy to apply. He is an active writer and product critic for IBM's The Linking Ring magazine, and he asserts the same rigorous standards to his own work. In a unique twist (no pun intended), he shares his thoughts on topology and effects related to three-dimensional planes. Other than the large body of work of the late-English magician Terri Rogers on topology, Paul re-introduces this overlooked area with his professional applications to three main areas: Namely, a new and novel Torn & Restored Card routine (its construction is elusive, sensible and it can be given out), presentations for the Mobius Strips, and a simple (but logical) finish for Card Warp. Highly recommended.’

"As always, Paul Lelekis delivers the goods! A TOPOLOGICAL TRIO is NO exception! Great plots with simple handling! A MUST for any serious performer!" - Bob Solari

This little gem is worth its (virtual) weight in gold. Twenty-four really interesting and good card tricks I can use. They really are gems. Paul Gordon knows how to create card tricks that are both very magical and entertaining.

OK, I reviewed all of Nick's other booklets so I might as well review this one. The highlight of Nick's latest publication is definitely, THINK STOP. A well thought out way of locating and revealing two thought of cards with two spectators. All of Nick's books are worth it and you will get something out of each one.

Excellent, clever routine. For 5 bucks, you can't go wrong. And it's for a good cause. Get it!

I have bought all three of Nicks effects and all are worthy of purchases. There are 2 versions of this trick, one that involves the counting of two cards and the other has no counting. The first one would cater to the mentalists out there and the second to the pure card guys. For only six dollars you can't go wrong.

I really liked Nick's thinking on all of his effects and would recommend getting them all, you won't be disappointed, at least I wasn't. Looking forward for more from Nick.

The first trick alone in the book is worth the asking price. It is finding a selected card that will seem impossible. I have never seen the method in print before. The second trick I have seen be used in other effects but basically you are performing this one to set up the deck for the third effect. The last one is very good also as two selected cards are found located in the same position in two separate halves.

My favorite as you can tell was the first effect but overall definitely worth the purchase. 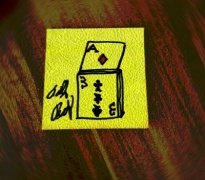 I was really going to purchase another effect, but this one caught my eye. I am not an origami/paper folding type person, but this was none of that. With just a glue stick, scissors, tape and a couple of other things plus about one half hour you can have the device made. (I do plan on making a more professional looking one, but my prototype works fine.) The MP4 session is twenty-eight minutes long, very concise and the spoken English is no problem. I don't think I will have the post it note signed as it happens after the card rise, but other than that, this is a gem. For a $5.00 investment and some items you probably already have lying around the house, you can't go wrong. 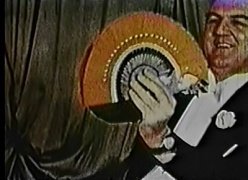 I have been waiting a long time for the films that Ganson made for Harry Stanley's Unique Studios to be transferred to video! Although there is no explanation of the moves, the silent video is a great complement to the manipulation books that Ganson wrote.

I'm clicking on the "Good Button" in the rating choices, but for its historic value alone, this video is _excellent_. 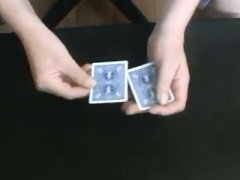 My favorites here include Explorations and The Real Secrets of Card Magic. The former contains great thinking based around some smart math-based magic and Real Secrets will help any budding performer. Astounding value.

I've always been a big fan of Paul Gordon's card magic and here you get an amazing value bundle. Top drawer magic. My favorites here are the 16th Card Books. Great value and what a line up of the world's best creators. Highly recommended.

WOW! What a fantastic issue of TGM. I can't believe how much magic and news you are able to squeeze into 44 pages. You are to be commended. How do you do it? Your tribute to Aldo was very touching. His trick with the ESP cards looks interesting. I also enjoyed reading about Harold Taylor. Ring 43 in Chicago once had him lecture and perform on their annual show. I still have his lecture notes in my file. He was a very funny man who left this world much too soon. It was also nice to see the cartoon and photo of George Johnstone. He and Betty were good friends of ours. I still have an autographed picture that he gave me on my 40th birthday. I can't wait to make up a set of envelopes with the imbedded needle. I have a magnetic ring, but have never found a good use for it until now. I offer you my sincere thanks for sending me TGM and wish you much success for future issues. Please, let me know if I can help in any way. Kindest Regards, Don ---------------------------------------- Sent from my iPad Don Wiberg, Past Int’l President of I.B.M. (USA), Int’l Secretary of I.B.M. (USA) 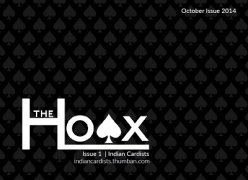 This is a little gem of a magazine. Well written, easy to understand, with no jargon or fluff. Is there practice to be done? isn't there always? But believe me the practice will really pay off, as there are a lot of workers here. Well done to this team, looking forward to the next edition. I'm hooked!