Read What Others Are Saying: page 55

I've been wanting to do some metal bending for quite some time. I have the Liquid Metal DVD but never got around to ordering a supply of forks to begin the painful work of learning a bending routine. Then this caught my eye. I'm thinking...$8...how good can it be. So I downloaded. Wow. This is really a visual bend!

I read the reviews and Autobend Silverware and it got good reviews. Apparently, a previous release of the product contained a pre-made spoon gimmick. The PDF download for $8 does NOT have a gimmick. The manuscript provides detailed instructions on how to make your own gimmick. I was able to get some cheap but sturdy spoons to bend from Dollar General and the other "material." Within 30 minutes of leaving the house, I had my first first gimmick made. Within another 30 minutes of practicing I had revised a second gimmick to enhance the illusion of melting. Now am I confident I am ready to perform. It is really that easy.

Unlike some other famous fork routines, the bend really happens in front of the spectator. It can be a slow bend or a fast bend. The bending movement is surreal looking. It is self working. Like all self-working tricks, it still takes a little practice to get a smooth routine and handling figured out. You can hand out the pieces of the spoon after it melts apart. There is a little something that you need to ditch to be completely clean but you should be able to figure that out. By the end of the night, I was bending like a pro. This is one of those routines that you can do in front of the mirror and amaze yourself.

The total cost of the materials to make 6 bending spoons and a lifetime supply of the other material cost me about $8. So for a total of $16 clams I got a killer routine. Unlike Liquid Metal, where you are going to destroy dozens of forks to become proficient, with Autobend Silverware you reuse the gimmicked spoon. You can give out the pieces if you'd like but I don't see the need.

I haven't even read through the manuscript yet. It looks like there are a lot of routine ideas and handling for swapping out the gimmick. Highly recommended.

One or two good lines, but most are stale. Definitely not details for a workable comedy partner act as I expected.

less than a penny a method! Seriously, you proprably will find 3 or 4 methods that will become your "go to" forces. What about the other 198 forces? This classic will help put you in the thinking mode. Annemenn's work is a must-have.

The Stanyon Lessons in C&Bs are extremely valuable and have been unduly shadowed by the excellent michael Ammar's work on the effect. Stanyon however covers effects achieved with one all the way up to six balls. This is definitely a must for any magician interested into designing his own routine rather than just doing another presentation of Dai Vernon (who is entirely to be found in Jean Caroly's book dated 1900 except for the Mora wand spin)

At this price it's almost a theft of something invaluable

The Fun Shop Cups and Balls

In 2012 this was by far the best C&Bs routine printed or in video in the 60000 and somewhat titles in my book and video library... and it may remain so for quite a while. Incredible. It fooled the best magicians and will entertain the lay people alike.

The Mark of Abigail

For me, a little disappointing. I really bought the ebook cause I thought I will see some pics and drawings of the cards, etc. The secret was what I though, so.. for me not a good thing to buy. 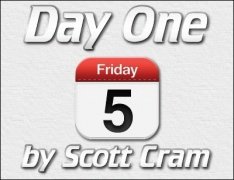 This is great. I love it. It's very easy to do and you can learn any date of the year with simple mnemonics.

For the first time in decades, and after thousand books bought, we find here an author that speaks the truth word for word : : every statement done in the premise is respected, no stooge, no pre show, no preparation (he says 20 minutes, I have done all in 5!), no electronics, no nothing except few envelopes and paper, really practical and performable on demand!

In this manuscript, you find really psychological thinking together with practical advise, and after 20 years of Q&A peformed everywhere here in Italy, this is the only routine that I have read hat gives you ALL you need (except how to become a mentalist!) to perform a very good Q&A routine solving all the problems connected to it!!!

Just a bit, for my taste, too much passages and manipulation (that you anyway learn in 10 minutes), but if you work on it and customize I think you can have REALLY a 40 minute stage and parlour routine to produce on demand, everywhere and really naked (if you explain me why we should perform naked!!) WELL DONE. Thanks, best 30 buck invested in last 5 years, after 30 years of performing mentalism here in Italy and 5 book written on the subject, you surprise me!!! Alfonso

Scott's routine is strong! It is commerical, powerful magic and the routine is designed to be a worker. If you are a working professional that wants a self contained act that packs small, plays big and resets instantly, then this is a routine you need to look at!

I am really disappointed...big giants of mentalism ( ? ) that write in the review.."mixture of subtleties", "manipulating people's mind", "mind control"...where happened all tihis stuff in this routine ? Two steps of recycled thought, old material about old force about old plot, nothing about presentation, nothing about what to say or how to justify the movements....only a trick...try just to have a spectator that FEEL the difference of the stem pressume the first and the second time.....where is "manipulating people's memory"? Which row of which page contains such incredible psycological subtleties? But please.........!!!!!

This is perhaps the best book ever written on cups & balls. McWeeney certainly has done a masterful job of researching. His writing is fluid and easy to understand - even for the beginner. I would definitely recommend this book to anyone wanting to learn more about this intriguing artform.

This effect is quite easy to do and it is an absolute stunner. You can put all your efforts into presentation. I bought this pdf shortly after seeing the very positive review in the 8/12 Linking Ring of the DVD version of the same effect. Perhaps you can learn more handlings from the DVD (it appears to have a few extra ways of using the basic ideas) but this manuscript is crystal clear. For less than 1/4 of the price of the DVD, you can be doing SCARED in a few hours.

I am new to giving readings and this does assume some basic understanding of the concepts of scripting a reading. I found this booklet to be extremely helpful in establishing a frame work from which to work and really enjoyed reading it. I am on my third read now and look forward to actually performing this. Highly recommended if you are interested in this sort of thing.

Wow! Just got this and started playing around with the method - it looks great! The movement is completely under your control and the angles are excellent. For $8.00 this is a bargain. Easy to prep and no threads to play around with so lighting is not an issue Two methods are given as well as different presentations submitted by other users. 24 pages of well written and easy to follow instructions.

I just purchased this download and already have my money's worth of great ideas and I have only read the first couple of issues. At over 700 pages this is going to take some time to get through. It has been said the way to keep a secret is to put it in print. Some of the best minds in the 80's contributed to this magazine - I am looking forward to savoring every page. 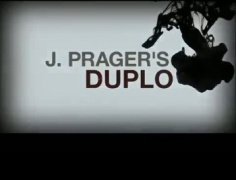 All I can say is WOW! An old classic reworked - Bravo! Another winner for Lybrary.com and Mr Prager - I also have his Cliff download - check it out also. I will definately be purchasing more of Mr Prager's material

My only complaint is that the rating system here at Lybrary.com only goes up to "good." This should be rated "outstanding" at the very least.

There are only two books you NEED to read to become a good mentalist. This is one of them. Add Osterlind's "the Principles of Mentalism" to Cassidy's "Fundamentals" and you have available to you the best advice gleaned from the best experience of two lifetimes.

If I had to pick just ONE to start with, it would be "Fundamentals." (But don't cheat yourself. Get both.)

Within these pages, Bob recommends a different book for those who want to really learn to perform mentalism well. He's wrong, but it wasn't his fault. "Fundamentals" hadn't been published yet - and "Fundamentals" is the first book you want.

Best of luck finding a mentalism book BETTER than this one.

The art was pretty darned good, and the scripts weren't bad either - ranging from VERY exciting to fairly entertaining. Gibson was one of those writers who was always strong on plot and mood - and with Blackstone, he had the best of all of his fanboy skills in play.

Walter Gibson loved comics. He may have disparaged them from time to time - the pay sucked mop water, and comics were generally frowned upon, especially from the late 1940s through the 1950s. But he never wrote down to his readers, and always gave us his best.

Whether comics, magic books, magic magazines, or pulp adventures, no one has done it better than Walter Gibson. And the many comics that he wrote of Blackstone were among his best!

This is a very cool idea. My only complanint is the deseptive video used in the ad. It shows the hand go down and never leave again and that's just not the truth. Shame on you. The effect is good enough to recomend. You don't have to bs the puplic by fake editing.

What I Learned From Making Way Over 250,000 Fun Balloon Creations

This ebook does contain some very helpful information from a sincere working professional. Only gripe I have is that it could have been published on a lot less pages if the font was smaller. You'll know what I mean when you purchase it. This ebook is not just for the balloon worker. I found some useful tips that will enhance my style of entertaining children in general. Thankyou Topper!

Orson Welles: The Man Who Was Magic

This is simple to perform and is SO strong. I need not say more.

Well Scott's done it again, I have to say that I completely agree with Scott that how you acquire the information is of paramount importance and in this routine Scott has excelled himself. There are no clever gimmicks, just a very clever combination of tried and trusted methods that result in an extremely clean, innocent and in the hands of a competent mentalist potentially showstopping Q?A. This is extremely well thought out, I bought it last week and ran through it with the necessary bits and pieces in hand and the more I worked with it the more I liked it. Scott's routine has at least a couple of moments built in where the entire audience are involved and has a clever climax to round the routine off.

Well worth the money and a method that I will be using.

Great booklet! I hope we will see more of Charlie Miller material!

Scott does it again. A must for any mentalist who really wants to entertain their audience. Another fully routined complete act with little preparation which is fully practical