Read What Others Are Saying: page 31

This is a wonderful illusion. The method is quite clear and it looks quite good after a few run-throughs. Quite a bargain at $6.

The effects within this work should stimulate any magicians minds into performing them or even creating new ones.

I love all the effects and worth any card worker some time in practice and performance.

This is similar to other magic authors works but still deserves a place in any magicians working library if not to just wake their sleeping minds. All effects in magic have many variations some created at the same time in different locations around the world some years apart but only the quality of well-practiced routine and performance with quality and style can do any effect true justice. 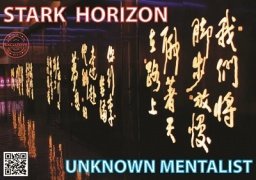 I love these two effects. Matrix effects have not been good to me, perhaps because of my lack of quality instructions. Paul's ebook tells me everything I need to know, and using his detailed instructions and photos, I actually look like I know what I'm doing. Kudos and Thanks to Paul.. and my highest recommendation for Double Matrix. 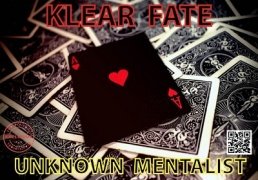 I have always enjoyed the author's creative thinking process. Klear Fate is not just a routine but a very versatile and cool tool which can be used in multiple routines. I commend the author on his 25th release and a good gesture by gifting his readers for $1. A couple of my favorites are KARMA DECK and PSYCONTEXT.

The Value of a Dollar

I just got this e-book and it is a great routine. There are many instances of magic and a lot of opportunities for byplay with the audience. Scott gives you everything. He shares his patter, his jokes (guaranteed to get laughs AND groans!), and, best of all, he explains why you do each part of the effect the way you do. He also gives you options for different ways to perform the effect if you don't want to do it exactly like he does or don't have the utilities he recommends in his presentation. This routine definitely teaches you the Value of a Dollar!

It is rarely seen by writers of magic/mentalism to say a thank you to their followers of creative thinking in such a manner and that is what the mentalist writer is doing here with a Christmas gift of $1.00 UK 75p for a short while but this like the rest is worth the small purchase price and although I have all the writer's works the one I would recommend considering learning, over the winter months his well thought out creative work PsyConText 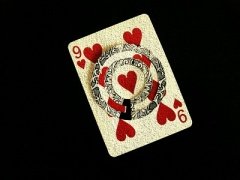 This PDF got me obsessed with creating lots of impossibly folded playing cards which I have framed and I'm giving away as presents - that's how good these designs are. Once you learn the folds on this ebook - create your own versions. Well worth downloading, you will need a craft knife and a printer and you'll be making your own until the early hours!

This I have spent all my spare time reading will be doing what's required in the instructions practicing more practicing, perfecting, performing well to do its authors work the justice it well deserves if you want something that is well worked out by the Author for that performance to leave your spectators with a long lasting memory then this is definitely for you

Don't waste your time or money!!! There are better systems and sleights to use, then using jogs, pivot control juggling!!! Jerry does not like to use finger breaks, but sometimes the finger breaks are practical, without looking like your hiding something. TO BE FAIR--the book is incredibly well written and well illustrated, and easy to read, then most card magic books on the market.

Jerry did a great job in writing the book. This is Jerry Andrus' perspective and his own style of magic.

Every once in a long while something new suddenly blooms out of nowhere and turns the existing assumptions and presumptions on its head. Kube Rishi is that something. So far a rubic cube has been mostly used for some great magic. But now Kube Rishi turns it into a lethal weapon for the mentalist. That too a remote, totally hand-off weapon, ready to be triggered by the mentalist's mere thought !!! I absolutely love this. 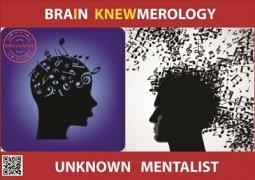 This review is accompanied by a sense of achievement.

The author has given 5 alternative routines along with the basic routine. All of them weirdly mystical themes.

I thought of trying 2-3 different themes with 2-3 sets of participants, but simultaneously. When I tried on 3 couples parallely, it played so well, the gasps said everything.

So many alternatives, so much flexibility. Highly recommended. 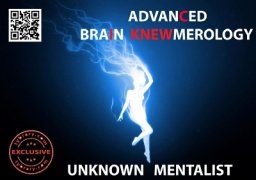 And you can nail both their thoughts so dramatically. This theme is as mystic as one of the alternative themes in Brain Knewmerology where you nail their thoughts related to elements and planets. But here the choices get impossibly doubled.

This work is still useable today all you need is some imagination and some knowledge of scripture to apply the contents. So is the other gospel magic available here on the site which like this work despite its age is a practical purchase.

Don't judge any magic related book by its age all ideas can be adapted and brought up to today's audience needs like this quality book I recommend check the other books on gospel here on lybrary.com.

I feel lucky to have found this here. I have been trying to put together a chemical trick to add to my current act. Now this will be my 'go to' reference source for chemical magic.

The proof of pudding..... in a span of 3 hours I could manage to perform this twice. Once for a couple sitting across my table (advanced BK) and again on phone (just BK), the other side being a prominent politician and his colleague.

Got great reactions both times and landed some business too. The couple booked me for a gig. Got a deal on a promotion project with my politician contact.

Looks like I am going to use this often. Nothing to carry or prepare. But I plan to write down the 2-3 basic steps on the back of my business card to cue me just in case.

A mature review is in order, I think. First up, I have read and understood both these books thoroughly. For the past 20 years I have been teaching undergrads and also performing magic & mentalism mostly for educational institutions.

When this was first released last month, I remember the price was $3. But by the time I got around to getting it, it got doubled to $6. So I went ahead and got Advanced Brain Knewmerology too for $3 while I still could. And on I am happy to say they are worth every penny I spent, if not more.

Although the author credits Martin Gardner for the origin of the basic idea, the extraordinary presentation given here which couches the math into a mystical theme elevates this to a whole new level.

Let me throw a little more light on the process itself without tipping too much. This routine is performed on 2 participants and NOT 1. Performer does not ask 'her' to declare ANYTHING. It is the 2nd participant who declares his final result. And you still reveal her thought - there is a beautiful "logical disconnect" if you understand what I mean.

And these days, you ask someone to add 2 & 3, they would pull out the calculator on their mobile phone anyways. You hardly find anyone doing math 'in their head' anymore.

The author has clearly mentioned "announcing" and "non-announcing" methods in these books. And as far as Advanced Brain Knewmerology is concerned, it is far more stunning and mind boggling.

Overall, a brilliant routine, I feel. Although it needs presentation skills and some basic audience management skills but these cannot be taught off the shelf.

See my main review at Brain Knewmerology The comment I want to add here is to warn you about the statement that "2 printable props are included."

True, there are 2 pages in the pdf that can be printed, but they are embedded the pdf and if you want to do anything other than adjust them in the print menu you will need a pdf editor to work with them. Including an editable form so you could add your contact information, print multiples to a page or on business card stock would have been helpful.

I am discovering some gems here. And I have hardly crossed about 40 pages out of the 400 or so. Great value for money.

Kube Rishi has just made the Rubik Cube extremely sexy ! Especially for the mentalist. I can't wait to perform !!!

I guess it's time for a real review. I just spent 9 bucks on these 2 books based on a description and a couple 2 line reviews. Big mistake. Ok, it's just $9, not that big a mistake but still a mistake.

Let's get right to the nitty gritty. The description says: you guide her through a quick mental process and finally reveal her thought to her utter amazement

Let's parse that sentence and expand it: Guide her - give exact instructions that must be carried out exactly or you fail. Quick mental process - math. This involves counting letters in their head, multiplication and addition. In front of people. Under pressure. And even an off-by-one won't get you out of a mistake. It better be right. Finally reveal her thought - AFTER asking her the result of her calculation. I equate this to asking for a page number of a book test, either you can read minds or you can't. If you can, why do you need the number? If you can't, WTF ARE you doing? to her utter amazement - only if she's never seen a mental math trick, or any other mentalism. Or sufficiently distracted by the reading that she forgets everything she did up to that point.

I feel that needed to be said, I don't know if this review will stay posted or not. I'll try to remember to put a copy on my rosemagic.com review site that has all of the reviews I've written for the Linking Ring over the last 15 years.

Now that that's off my chest, what do I really think of this? It is a cute trick, it might fit your act early on, as you are establishing your powers, working up to the real stuff. It can be pulled off over the phone. I plan to experiment with an impression device, rather than expect the counting and math to be done in her head it's only polite to offer paper and pencil so she can 'do the math' then tear off the paper and keep it. Then you don't need to ask for the number. (And yes, I also have Advanced BK before anyone asks).

I've done worse for $9 (if you're in for $6 you might as well go all the way and shell out the price of another cup of coffee and get them both). You make the call but at least you are a little more educated. 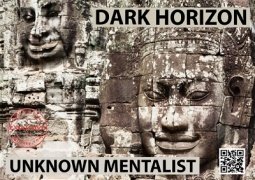 This is cool mentalism which can evoke a crusading emotion. The theme of languages is very novel and gives the routine a timeless quality. I can see this playing very well. Mouth-watering presentation possibilities. I thank the Unknown Mentalist for keeping the prices of his amazing releases, highly affordable and great value for money.

for every creation man makes therein is found a creative mind that plants a seed that grows into that what we have before use but that too can stimulate another's mind into another creative work and another's creative mind soon all minds can be stimulated from one idea that soon becomes many from that one creative mind.