Read What Others Are Saying: page 39 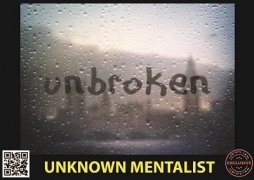 For the first time, I came across what may be called as 'disguised equivoque'. This is a mind blowingly clever twist to the standard equivoque. That and a couple of classic methods are crafted together into a chilling and spooky routine. Fantastic theme and presentation. Very unconventional thinking this. Commendable. You could really start a cult, if you wanted to. Not only numerical thinking, which I enjoyed in one of his stacked decks (13MM of Stebbins) but this author's emotional thinking is also terrific.

It's a very good illusion - in my opinion - but here are some problems: 1 - I'ts like sleight of hand, HAND WASHING, where you do these complicated moves, a million times, and it is NOT NATURAL. For example: You see the same old fan productions, with the usual back palming, a million times, and thinking that the audience will not catch on. But it should be obvious to anyone watching.

MY POINT--KEEP IT SIMPLE!!! CUT OUT THE CLUTTER(FILLER)!!! Not too many sleights, color changes, etc.!!!

2: You must ENTERTAIN--NOT SHOWING OFF!!!

THE BOTTOM LINE::--Labyrinth Illusion COULD BE a better illusion, by making the Act shorter and less complicated. I MEAN--You basically have the magician assistant, doing a lot of secret stuff, and at the same time--the magician is also doing several secret stuff. Plus the audience, see lots of stuff happening, and it's hard to grasp what's going on, because you have so many effects --going on, at the same time. BUT IT IS A GREAT ROUTINE--IF YOU DON'T CLUTTER IT UP--WITH TO MANY EFFECTS!!!

If I may, I like to recommend 2--RAND WOODBURY BOOKS--THE BASE BOOK & DIVERSIONS. The books will give you a better perspective, and understanding of the LABYRINTH ILLUSION. 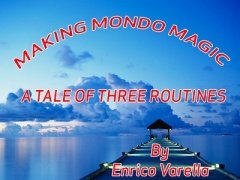 I have known Enrico for a very long time and I have seen the live performance of the routines in the book many times. I like the coin routine as it is a full routine and can be done standing. It is not difficult to do. At $8, this is a steal.

5 Ways to Stop Your Pulse

Just finished reading this, as someone who has performed pulse stops, I was excited to see what techniques Devin has used. I am familiar with the well-known method which utilities a small gimmick; however, the alternative version of that particular pulse stop and the bonus effects and the one using a chair, I was not familiar with. For someone who wants to learn the secrets of stopping your pulse, then this is the perfect start for you. The propless versions are fantastic and I will be using these methods in my own working set. Highly recommended.

One of the very best investments that a serious student of Magic could do...and for 15 bucks it's really a bargain! 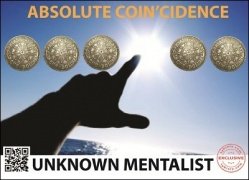 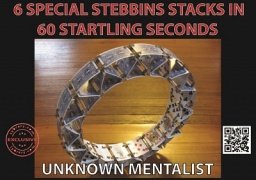 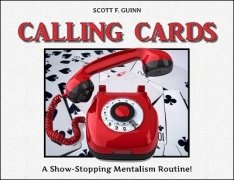